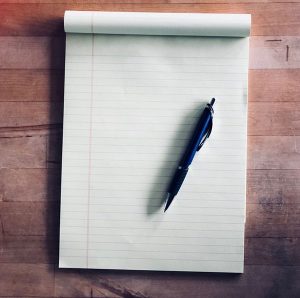 The story about Matt Monroe and his adventure popped into my head in 2011. Not only did I have a weak background in creative writing, but I had no idea as to what the business side of publishing a book entailed.

I bought numerous books on writing techniques and styles. Who knew it was so complicated? My naiveté shown through and it was costly. Books on punctuation, books on style, books on point of view, etc. were expensive. Speaking of point of view (POV), I had a terrible time understanding the concept for some reason. Thankfully, a good friend of mine, who has a strong writing background, set me straight. She told me to read a story from a certain person’s perspective. For example, Frank Monroe would not be called “Frank Monroe” in Matt’s POV; he would be called “Dad.” And just like that, I got it!

Another notion that I found difficult to grasp is the concept: show vs. tell. I always felt you “told” a story. And I read that you never use a form of the word “is” because that is telling a story. Showing is much preferred. I was confused because one of the greatest novels ever written, A Tale of Two Cities, begins with the, “It was the best of times. It was the worst of times…” I finally realized that a good story is a combination of “show” and “tell.” You set up your scene by “telling,” but you “show” a character’s reaction to a circumstance. How boring would it be to read, “Matt was nervous with the news.” The book is brought to life when you read, “Matt’s heart palpated, jumping in his chest, and his sweaty hands shook when he heard the horrible news.”

After numerous rewrites and paying for professional editing, my story took shape. As I said earlier, my ignorance was very costly in time and money. What a difference when writing my second book! I guess no amount of money spent or time eaten up is a waste, as long as you can learn from it. But it can be very expensive!

I was so proud of the final manuscript. (NOTE: again, showing my ignorance. What I called a final manuscript paled in comparison to THE final manuscript). I just assumed publishers and agents would be pounding on my door for the honor of publishing my book. What a fool I was!